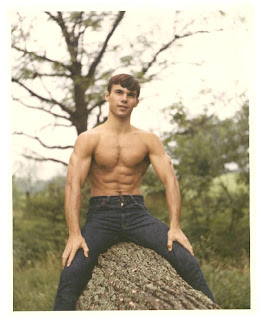 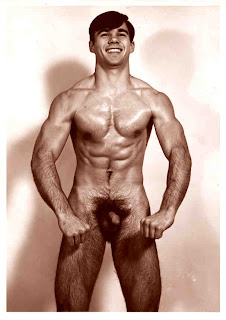 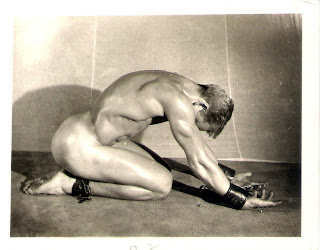 Another of David's finds -- an iconic picture, but damned if I can't place the name at the moment. 99.9% sure it's by AMG.

Update 9/8/09! Thanks to Owen for the model ID, and to David for the photo number - "D2" - indicating that this is the fourth model by Bob Mizer to be cataloged by the newly formed AMG!
Posted by alan at 12:36 PM 3 comments: 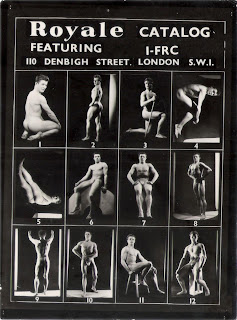 David sent me some very nice scans recently of some finds he made in a junk shop, including this beautiful catalog page of Fred Collins by Royale! Printed in Britain, found 40/50 years later in South Africa -- talk about a lucky find! -- thanks, David!
Posted by alan at 12:29 PM 2 comments:

Thanks to Bror and Anonymous for pointing out that John Weidemann is one of the hunks working out for Jane Russell while she sings "Ain't There Anyone Here for Love" in 1953's "Gentlemen Prefer Blondes." Take a look! 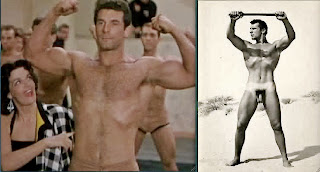 Mr. Weidemann prompted a lot of reaction, both in the Comments and sent to me personally. He's definitely one of my favorites! Here is an alternate version of one of my webpage pics, sent to me by Robert, showing the beachscape a bit more plainly... 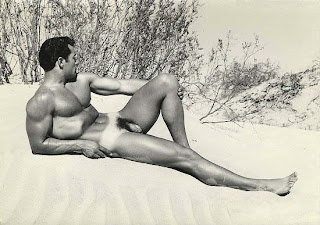 Every now and then I update previous posts when new information comes my way, and some of you may be interested in keeping track of such things, so here we go -- !

It looks like Ivan has discontinued his blog at http://yvanoblog.blogspot.com/ -- I'll keep him in the Blog-o-Matic for a bit longer in case he starts up another one soon...

Gary worked some magic on the Tabby Anderson slide I scanned recently -- check out his work here.

Thanks to Owen for pointing out the correct photographer on the Don Fuller pic a few posts down.

In my June 15th post on Jerry Sullivan, Bob wrote in the comment section in response to my mention of DSI --

In the early/mid 1960's, in Minneapolis, MN, DSI (Directory Services Inc) published the first male nude magazine in the U.S..

Europe had put out nudist mags for years, but DSI (founded and run by Conrad Germain and Lloyd Spinar) were the first in the U.S. to do so. They were arrested, fought all the court battles, and in 1965-7 won (acquitted on all 29 counts brought by the U.S. government) the decision making male nudity legal in the U.S..

I own the later DSI negatives and literature created in Los Angeles in the late 60s and early 70s, after they moved away from Minn.

These guys are absolute heroes for making publishing all nudity and later hardcore possible. They
don't get the credit they deserve!

My thanks to Esperanto Girl for the nice write-up she gave to v-m-p at her blog, but I would like to confirm that this writer is neither Bob Balaban or Wayland Smithers -- it's just alan!
Posted by alan at 10:40 AM No comments: 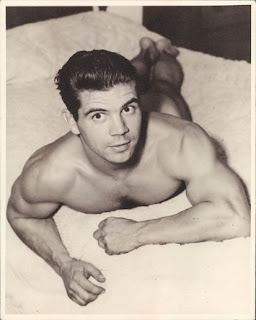 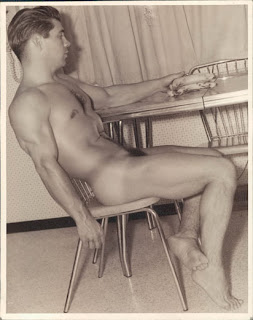 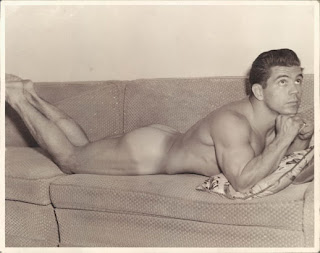 Three shots that surfaced recently, new to this particular collector...
Posted by alan at 6:43 PM 6 comments: 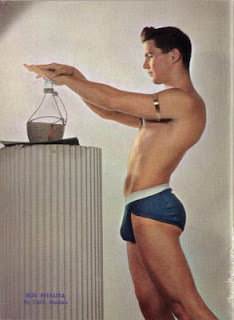 ...and on the flipside of Lynn I found this wonderful image, which I know will make at least one regular visitor very happy!
Posted by alan at 12:21 AM 3 comments: 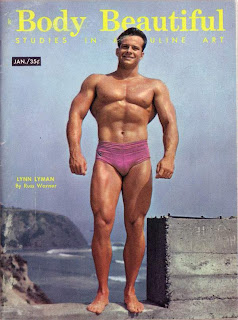 Thanks again to Tim-in-Vermont for this image -- I love the big guys, and Lynn has always been a favorite -- so glad to find this new (to me) image, only 51 years late!
Posted by alan at 12:17 AM No comments: